Nearly 30 of the amusement park industry’s top leaders from 14 nations around the globe gathered at the Wildwoods Convention Center and Morey’s Piers & Beachfront Waterparks in the Wildwoods, NJ for the annual International Association of Amusement Parks and Attractions (IAAPA) Board of Directors meeting June 24-27.  Hosted by 2013 IAAPA chairman and second generation partner of Morey’s Piers, Will Morey, the four-day summit was the first board meeting known in its nearly 100 year history to be held in New Jersey and included executive meetings, site tours and visits to parks along the Jersey coastline. 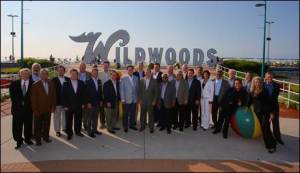 As IAAPA chairman, Morey represents the industry’s leading trade association with more than 4,500 facility, supplier and individual members from 97 countries. By latest estimates, revenues for the global theme park industry are $24 billion with attendance numbers exceeding 770 million. The market in the US comprises roughly half of that with annual revenues of $12 billion and attendance of 300 million.

Members in attendance represented organizations such as Walt Disney Parks and Resorts, Universal Parks and Resorts, Nicco Parks (India), and the Jumeirah Group (UAE), as well as independent and family-owned parks including Europa-Park (the largest park in Germany), Enchanted Kingdom (Philippines), Fantasilandia (Chile), and the Jersey Shore’s own Morey’s Piers.

The meeting was a particularly important one for the association in that the board agreed on a new global governance structure to be initiated in 2014.  Morey, who chaired the Governance Task Force, was thrilled to have an issue of such international importance decided here in the Wildwoods.

Other highlights from this year’s conference included a behind the scenes site tour of Morey’s Piers led by the company’s staff. On June 27, the IAAPA Executive Committee and several board members made visits to New Jersey IAAPA members in Keansburg, Point Pleasant, and Seaside Heights that were damaged by Superstorm Sandy as part of the association’s ongoing support of the shore’s rebuilding efforts.   Morey remarked of the Morey’s Piers and Jersey Shore visits, “it was really exciting to see such enthusiasm on the board members part and to witness how they recognized and embraced the uniqueness, excitement, and cultural authenticity of the Jersey Shore beach and boardwalk environment.”

“In New Jersey, the amusement park and attraction industry supports close to 41,000 jobs and has an estimated $3.4 billion economic impact on the state’s economy,” added Morey. “We are proud to welcome IAAPA to the boardwalks of Wildwood. And what better timing to bring this group of international industry influencers to the re-emerging Jersey Shore to experience all it has to offer.”

During his tenure as chairman, Morey has traveled to more than seven countries to visit parks and attractions that range from Ski Dubai (the Middle East’s famous indoor ski facility) to Resorts World in Singapore, as well as parks in Chile, Brazil, Phillipines, Indonesia, and Colombia. This summer and fall, Morey  will complete his 2013 term with visits to Puy du Fou and Futuroscope parks in France, and several other domestic attractions across North America with an emphasis on family owned and operated facilities.

Morey’s Piers, located on the boardwalk in the Wildwoods, New Jersey is a classic seaside amusement park, family owned and operated since 1969. Voted Top 3 for Best seaside amusement park in the world by Amusement Today, Morey’s Piers has over 100 rides and attractions spanning over eighteen acres along six beach blocks and includes three amusement piers and two beachfront waterparks. Convenient to the major population centers of the Northeast, yet a world apart, Morey’s Piers along with Morey Resorts combines the pure joy of an amusement park, the sights and sounds of a classic boardwalk, outstanding accommodations, together with the rhythm of beach life. Visit them at Surfside Pier, featuring the Ocean Oasis Waterpark and Beach Club at 25th Avenue, Mariner’s Landing Pier, featuring Raging Waters Waterpark at Schellenger Avenue, and Adventure Pier at Spencer Avenue. For more information, visit www.moreyspiers.com or phone (609) 522-3900.

Founded in 1918, IAAPA is the largest international trade association for permanently situated amusement facilities and attractions, and is dedicated to safe global operations and the preservation and prosperity of the attractions industry. The association’s global headquarters is in Alexandria, Virginia, United States, and it maintains regional offices in Brussels, Mexico City, and Hong Kong. www.IAAPA.org 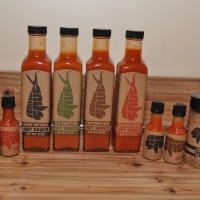 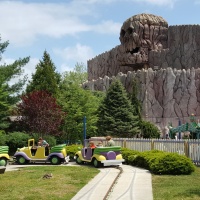 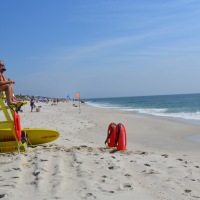 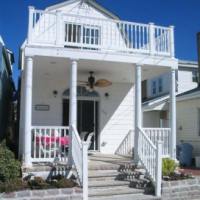