a blog from monmouth county by calvin schwartz

A few asked how I write this blog; if you only knew; it’s like I open a window to air the room out and a gust of wind rattles the verticals and slaps my face into sensibility and all of a sudden there’s a blog subject. I did air the room out two days ago. Rufus from Atlantic Beach was visiting for a long weekend. We bonded, became closer friends. I had to briefly leave and he cried by the door when I left to run an errand (1% milk). Bonding meant a lot to me; it made my day. Then hearing a commentator’s (loosely used) insane remarks about executing someone (a human) who was unkind to dogs, my mind started shooting all over the place, thinking randomly and 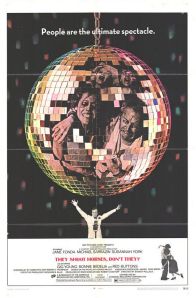 wandering in a thought desert for nearly forty years (it seems like). Give me liberty and a microphone and I won’t say/think evil, stupid things (even for ratings). Then there was the aircraft carrier commander who made an insane home video aboard ship, thinking it’s funny and proper. What was he thinking? Career now over. But there was this movie I saw back in 1969, “They Shoot Horses, Don’t They?” The movie moved me back then; still saddens, depresses, overwhelms, transports and emotes. People did dance marathons back then to earn a few dollars to survive. They ran around endlessly like in a horse race (the barker yelled, “Yowser, yowser.”). Stands were filled with spectators (the Roman coliseum) cheering the couples on; some contestants holding each other up by the twenty hour mark, one having inevitable cardiac arrest (Red Buttons), one woman late in a pregnancy (risking her unborn child) and Jane Fonda (Gloria), depressed and weakened in spirit, tells Michael Sarazzin(Robert) that she’d be better off dead and tries to convince him to shoot her, saying “they shoot horses, don’t they?” Gut wrenching, isn’t it?

That was 1930 during the depression; eighty years ago. Last year when a big store had a sale and opened the early morning door, people ran, trampled and someone died. My son does the Netflix thing a few times a week. Why didn’t Blockbuster see the handwriting? I try to guide some of his selections; wanted him to see the above movie; also “Midnight Cowboy” and “The Graduate.” A theme to my cerebral state this rainy Saturday February morning(no snow); social commentary. Those that forget the past are condemned to relive it. For the first time in history, the 112th US Congress broadcast live on a social network, Facebook, with the swearing in of new Congress people. (back on Jan. 5). Facebook now is flirting with 600 million members; more people on the internet use Facebook than Google (roughly 8% of all internet hits are Facebook), Goldman Sachs invested $500 million(they put together a lot of small investors into one, so the SEC doesn’t bust Facebook’s chops) and Facebook now is worth a cool $50 billion. (all in a few years). I once built a small miniature golf course in my backyard in Newark; four holes; one with a water trap. Two days later my mother made me cover it all up. Twenty years ago I ran to Staten Island and waited in line in front of a newspaper/magazine store for four hours to buy a lottery ticket for the NY lottery worth an unbelievable $20 million. I was convinced I’d win, after all someone has to win. Calmly and confidently I bought 5 tickets a few weeks ago for the $355 million Mega Millions. Someone has to win. So someone from Idaho won (and to think years ago I thought of moving to Burleigh, Idaho for no particular reason). More to think: all those people bought tickets to that lottery swelling the total take from $240 million to $355 million almost overnight. Some of those people waiting to buy lottery tickets were pregnant, some were depressed and thought it was a way out; some were newscasters and reported that most winners come from poor big cities. They shoot horses, don’t they?

So what’s this stuff about Jersey Shore race tracks? Monmouth Park is a great, near the Jersey shore and ocean race track. My father took me once and only once and afterwards we drove into Long Branch for a hot dog, ice cream and a walk on the boardwalk which of course used to smell like a telephone pole. I know he didn’t win that day (even though I was pretty young, I could sense demeanor) Yes the race track was shore to please. What was learned at Monmouth Park, I wrote in an essay at Maple Avenue Grammar School (entitled ‘what I did over the weekend’). Some people win and some lose. There’s a mold and not the one that grows on bread and may cure acne once it gets refined in one of Jersey’s many drug factories; the mold is life and dictates winning, losing and acceptance. Last December just before New Years, I felt just like this picture, ready to go out on the town, for local Asian food and cheese cake (cherry). And yes there’s a blonde in the picture.

And no, as a friend from London queried me recently, I’m not partial to blondes or any color. Just the way the cookie crumbled on the counter. We decided not to go out for New Years Eve at last minute. It was part of the mold. Don’t need Times Square and a million people. Don’t need a million dollars. Don’t need to wait in line for four hours to dream about winning a lottery. Don’t need to win a horse race because I can’t. It’s not in the mold. It’s for someone else. That same twenty years ago, I went to Monticello Raceway with a friend and handicapper extraordinaire (one of the best; he never loses). We pooled our resources and bet on 27 separate horses total in all the races and lost every race. Another slap in face by vertical blinds; it’s not my mold or place in the sun. This whole paragraph on molds is part of a major spiritual epiphany. I play tennis twice a week and ride the exercise bike full throttle for over 90 minutes everyday. Tennis game is still improving (so my partners tell me) which may mean I’m not aging traditionally. I write novels and blogs so the cerebral stuff is all intact (a better mold to be in). But I’m not giving up on Monmouth Park (not for mold breaking but a neat place to spend an afternoon and do a character study. (Damon Runyon-esque) and then head over to Seven Presidents Beach for some sun (under an umbrella with sun block 40) and surf and then have a wonderful Jersey shore fresh fish dinner near the boardwalk. You folks in Idaho don’t know what you’re missing. Meanwhile, taking Vitamin D supplements and doing a lot of exercise prevents falling down and not being able to get up when you’re older.  Speaking about cerebral. Here’s a Jackson Pollack to show what I’m feeling just about now as I write this. It nailed me.

So it’s a new year (not capitalized anymore). I love the lists that come out; to review, preview, digest, digress, egress, progress and undress. So the best companies (incomplete list) to work for: Facebook (there it is again. what a world. I’m melting. I need an arctic cold front. I’m a snow man waiting for another blizzard) Southwest Airlines, Boston Consulting Group, Career Builder, and Shutterfly. ‘Daily Beast’ came out with a smartest people list (incomplete list): Jon Stewart, Bill and Melinda Gates, Sherri Fink, Steve Jobs, J Craig Vetter (amazing stuff with genomes), Mark Zuckerberg (duh, the Facebook and ‘Social Network’ guy and I’m a big fan obviously. Of course why didn’t I think of that?) Best cities to raise kids (incomplete) Rowland Heights, Cal (near LA), Niles, Illinois, Crafton, Pennsylvania, and West Seneca, New York (near Buffalo, a lot of snowmen building). AND cities with worst bed bug infestations (why so many in Ohio?): Cincinnati, Columbus, Chicago, Detroit and New York. Finally teeth sinking time into relevant lists. Top Scientific Breakthroughs of 2010 (incomplete list): For the first time, scientists were able to use direct fossil evidence to make a reasonable interpretation of a dinosaur’s color; Treating genetic code as software, bioengineers at the J. Craig Venter Institute created the first self replicating, synthetically designed life in May; A new analysis of leftover radiation from the Big Bang suggest the universe was recycled over and over again; By taking chromosomes from one zygote — the single cell formed when sperm and egg fuse — and putting them into a zygote stripped of chromosomes but still containing mitochondria, British researchers produced an embryo from genetic contributions from three parents!!! (I’m thinking implications for the sports world. how high and fast). That’s it for lists. I do love thinking about redundancy; being able to grow a new heart one day if needed. I do love the new year; expectations, dreams, hopes and keeping molds locked in a bottom drawer. Somewhere I read about being grateful to the universe, sending out vibes to that effect. Gratitude is a wonderful experience. Understanding your mold is a form of arrival at gratitude. I think if I’m at a party and the hosts serve a mold (that Jello-like shimmery confection) I’ll excuse myself and walk outside and stare at the moon. Of course why would I stare at the moon when I have the stars?

Please share the blog and send the link along the universe to friends and other strangers: http://vichywater.net/blog/

2 comments on ““They Shoot Horses, Don’t They?” ( a 1969 movie) The Jersey Shore has a racetrack. Lists and growing a new heart (science stuff). Molds?” 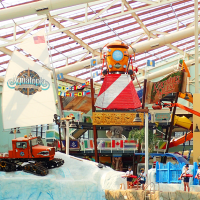